Up and coming freelance filmmaker and photographer Matt James, who is studying at Plymouth University, attended the launch and filmed Yves Christian leaving the historic Number 1 slipway. Here are some of the fantastic screen grabs from the film and below these are links to Matt’s excellent website, Vimeo and Instagram accounts. Matt will come across for a further shoot in April. Matt clearly has a great talent and we really look forward to working with him again.

Yves waiting for the launch as a frigate slides by

This Norwegian frigate photographed above was escorted by the normally present Police launch. The next day we encountered another returning naval ship on our way back to Sutton Marina, and despite taking a very early, exaggerated and clearly evasive turn to starboard as she came up on our port side, the Police launch powered straight at us in a hugely aggressive and completely unnecessary manner. Clearly they felt very self-important and that the potential threat from possible terrorists in a vintage sailing yacht, who whilst already taking action to steer clear of their charge, was all too much to bear and they had to indicate a complete show of force. No doubt they were loading their weapons as they rammed us out of the way of clear water, well away from the heavily armed and protected frigate and towards the shallows of the river. Don’t get me wrong, the Police play an important part in our society, and most do a great job, but these guys were just prats from the old school of policing… What a shame. 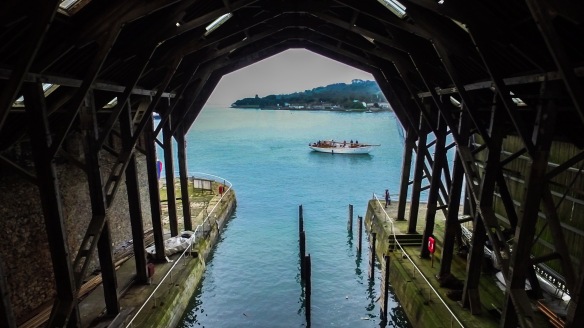 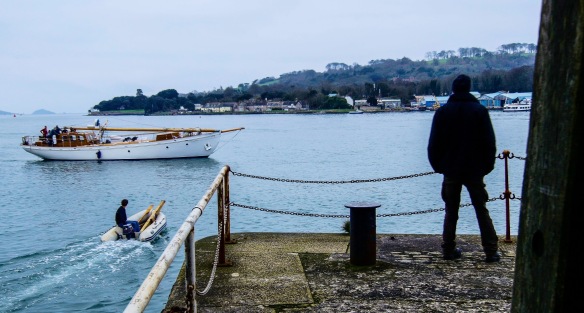